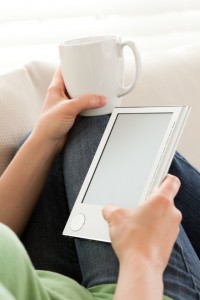 The president of the UK Booksellers Association, Tim Walker spoke at the Nielsen BookInsights conference yesterday and made some startling revelations.

During a round-table discussion Tim said ÔÇ£I do a have a concern that AmazonÔÇÖs dominance is causing problems. We estimate Kindle has a 95% market share of e-book sales in the UK and this is having a damaging effectÔÇª Consider the struggles of Barnes & Noble and the Nook platform, the problems of the established Txtr in Germany, and the decision here of Tesco to pull out of Blinkbox Books.ÔÇØ

Txtr recently was put into receivership and the company for all sense and purposes is done. The company originally burst onto the international scene in 2008 with plans to capitalize on the e-reader boom. Production and design issues led to their first device never being released. The company flipped gears in 2009 and started doing development for online digital publishers and traditional book sellers. In 2010 and 2011 they quickly became one of the largest companies outside North America developing whitelabel eBook ecosystems. The companyÔÇÖs former portfolio includes clients such as Vol Retail and Weltbilde, who is the largest EU book retailer.

At the conference, Nielsen released data showing that online spending on books had overtaken in-store spending for the first time. E-books now account for 30% of book units purchased in the UK, and the sales of print and e-books together in 2014 stood at ┬ú2.2bn, up from 4% the previous year.

There is no denying that eBook sales in the UK are booming and Amazon is reaping the lions share of the profits. Tim Waters basically said that they are dominating the landscape and not having to put in millions of dollars into advertising, they are so big now, they simply donÔÇÖt have to.

What does the future hold for the eBook market in the UK? Barnes and Noble has failed to erode┬á market share from Amazon and homegrown starts are finding it hard to compete. Will Amazon be the only way we can buy books?

Michael Kozlowski is the Editor in Chief of Good e-Reader. He has been writing about electronic readers and technology for the last four years. His articles have been picked up by major and local news sources and websites such as the Huffington Post, CNET and more. Michael frequently travels to international events such as IFA, Computex, CES, Book Expo and a myriad of others. If you have any questions about any of his articles, please send Michael Kozlowski an email to michael@goodereader.com

Copyrights ÔÇô and Wrongs! What every author needs to know!
JK Rowling’s life advice: ten quotes on the lessons of failure