The new translation of the New Testament is being published on January 26th at AuthorCraft in the┬áInstitute of Directors, 116 Pall Mall at 6pm

The first pure translation into English of the actual words of the Apostles ÔÇô not influenced by creeds, traditions or the preconceptions of the translators. The actual words ÔÇô not what was thought that they meant. The culmination of over two decades of intense scholarship and in-depth research by an academic frustrated with the repeated inaccuracies of centuries.

“This translation unmasks historic twisting of the original Gospel message to support particular beliefs. It will be as controversial as John WycliffÔÇÖs first translation into English which was declared illegal for anyone to read by the church which had him declared a heretic.”

The Bible for a long time has been the worldÔÇÖs number one selling book. Since the first┬áEnglish translation in 1380, more than 630 years ago, there have been around 150 English┬átranslations. So why do we need another one? Author, scholar, poet and grammar expert┬áChristopher Sparkes from Petersfield, has spent twenty years painstakingly going back to┬áthe original Greek and Hebrew, and has identified ÔÇ£a thousand blundersÔÇØ which have been repeatedly left uncorrected. 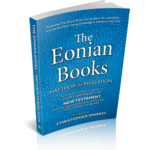 Over the centuries, as translators strived to make the language more ÔÇ£modernÔÇØ and understandable, so many errors and mistranslations have occurred that many of the original meanings have been obscured or even lost. The acid test, according to Sparkes, is that if you┬átranslate the English versions back to their original Greek or Hebrew, they are too often┬ánowhere near the original. So what has gone wrong?

The problem facing translators is that they already knew ÔÇô or thought they knew ÔÇô the┬ástories and teachings they were translating, so when the original Greek or Hebrew didnÔÇÖt quite fit with them, they ÔÇ£fidgetedÔÇØ the words to make them fit with what they knew believed. Words have been added or taken away or changed to fit with specific creeds or beliefs. As George Gershwin wrote ÔÇ£The things that youÔÇÖre liable to read in the Bible ÔÇôit ainÔÇÖt necessarily so!ÔÇØ

the barbed wire, and discover the meanings of Greek and Hebrew words and phrases┬áwhich have been wrongly translated in every single English version. A brave thing to do┬áas, over the centuries, men have been hunted down and assassinated by being burned at┬áthe stake for daring to translate into English or tamper with the established Latin Vulgate┬átranslation of Jerome in 390 AD.

So extensive is his research that, along with his new translation, Sparkes has also┬ápublished a companion volume, The Earth Shaking Truth, which exposes many of the┬áEnglish versionsÔÇÖ errors, and explains why a new translation is needed, and it lays bare his┬ágrammatical processes of translation in order to reflect the underlying Greek in pure┬áforms and the deep effect that has on meaning.

The translations of the past have been made from triple sources: the Hebrew and Greek┬átexts, the Latin Vulgate translation, and notions of the fourth and fifth century church┬ácreeds. After William TyndaleÔÇÖs translation was made in 1534, the Council of Trent (1545-63) commanded of the Vulgate that ÔÇ£no one is to dare, or presume to reject it under anypretext whateverÔÇØ. Nobody, it seems, has dared. That law that no one is to dare or┬ápresume to reject the Vulgate is, it seems, still in the air. Furthermore, itÔÇÖs the same errors

with French, Spanish and German Bibles heÔÇÖs looked at: the versions do not properly┬áreflect the underlying original Hebrew and Greek. In many of the same places they merely┬áreflect the Vulgate, as well as piling in their own errors. And all those Vulgate translation┬áblunders ÔÇô probably cooked to flatter Pope Damascus ÔÇô are not backed up in any Greek┬átext. In vigorous contrast, The Eonian Books translation is made from one source only: the┬áGreek text of the New Testament, with no influences of creeds or his own┬ápresuppositions. And in that it is unique.

A few of the obsequious obeisances to the Vulgate and creeds have been described by┬áothers before, but they have never been corrected in an English translation. Many of┬áSparkesÔÇÖ discoveries, though, are new and do not seem to have ever been brought to light.┬áThe most abundant mistranslations have been over words concerning the prophetsÔÇÖ and┬áapostlesÔÇÖ visions of EarthÔÇÖs ages past and ages to come.

parallel as closely as is possible the original grammatical forms in order to produce a pure,

The new translation of the New Testament is being published on January 26th at the┬áInstitute of Directors, 116 Pall Mall at 6pm

The Eonian Books : Matthew to Revelation

The Earth-Shaking Truth: How and Why The Eonian Books Translation Was Made