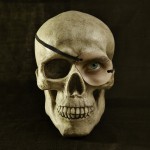 ┬áThe International Publishers Association is taking e-book piracy seriously and has started to target websites offering free downloads. A series of websites have been targeted that have a massive collection of pirated content from 16,000 different publishers.

The IPA has successfully won a judgement for $37 million dollars against Avaxhome and Avaxsearch┬á which illegally provided access to digital copies of millions of books, as well films, music, games and other copyrighted content. The defendants acknowledged the suit but did not contest the case against them.

Jens Bammel, secretary of the International Publishers Association (IPA), said: ÔÇ£Online piracy is a massive, global problem, posing a significant threat to authors, artists, musicians, producers and publishers. Sites like these deprive creative artists of their livelihoods, destroying jobs and culture. The IPA and its members supported this lawsuit to highlight the scale of international online piracy and the dangers it represents.ÔÇØ

The entire publishing industry brought in close to 12 billion dollars in 2012. Sales of eBooks reached $3 billion at the end of 2012, up from $68 million in 2008. Industry experts expect that by 2017, digital will be worth $8.2 billion. This is big money and pirates are starting to capitalize on the demand for free books by leverage advertising networks to rake in millions of dollars a year.

Michael Kozlowski is the Editor in Chief of Good e-Reader. He has been writing about electronic readers and technology for the last four years. His articles have been picked up by major and local news sources and websites such as the Huffington Post, CNET and more. Michael frequently travels to international events such as IFA, Computex, CES, Book Expo and a myriad of others. If you have any questions about any of his articles, please send Michael Kozlowski an email to michael@goodereader.com