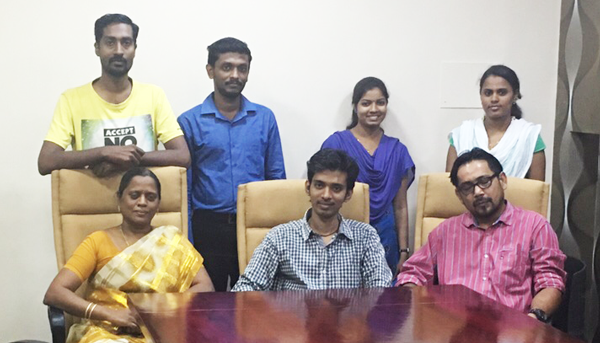 With a population of 1,236,344,631 ┬á- ┬á1.2 billion, the market for books in India is huge. ┬áThrough Filament Publishing, AuthorCraft is now able to offer publishing and distribution in India for our members.

Digital publishing in India Digital publishing in India is an emerging market. Currently the market for e-books is small but growing. An important reason for this is that currently e-reading devices are still very expensive for most consumers in India which impacts e-book adoption rates. On the positive side publishers feel that the digital publishing market will grow substantially in India given the increasing sales of devices which support e-books like smartphones and tablets. AmazonÔÇÖs Kindle entered the Indian market in August 2012. In July 2012 Penguin India, the largest trade publisher in the country, launched 240-titles as ebook editions.5 Currently the biggest market for e-books in India is the higher education sector. The emergence of online retail has been a boon to both publishers and consumers in India. It has allowed publishers to bypass dodgy supply chains and book buyers have easier access to books at lower prices.

Value Added Tax No VAT is charged on books and there are no customs fees for importing books.

ÔÇ£In India, the big part of the job would be to say, ÔÇÿHow do we make our multi-cultural, multi-linguistic abilities to come alive. Publishing in English is certainly eating into publishing in other languages. People are being drawn into reading, making it their first language, for very practical purposes. However, thereÔÇÖs very little encouragement then, to read your mother tongue, study or write in it, and making that somehow ÔÇÿattractiveÔÇÖ or ÔÇÿglamourous,ÔÇÖ making it seem like something young people ought to do (is imp
ortant).ÔÇØ – Karthika VK, Publisher & Chief Editor, HarperCollins, India

Although organised retail is growing in India at 15% per annum it still only accounts for 7% of book sales in India.9 This poses a challenge to distribution and availability of titles especially in smaller towns and cities. Having said that, ecommerce is fast changing the retail and distribution landscape in India. Online Stores have aided book distribution and are able to reach customers in every nook and corner of the country even where there is a lack of book stores in certain parts of the country. Furthermore due to reduced operational costs vis-├á-vis brick and mortar stores, online stores are able to sell books cheaper to consumers which have hurt sales at individual and chain bookstores forcing many independent bookstores to shut down. One major online retailer claims it sells 150,000 books every month and boasts of 6 Million titles.

There are 24 recognized languages. English enjoys the status of subsidiary official language but is the most important language for national, political and commercial communication; Hindi is the most widely spoken language and is the designated national language.

ÔÇ£The overall market, if I start giving out number is USD 122 million, as of 2014. So, this USD 122 million market is expected to grow to USD 128 million by 2018. Electronic consumer publishing is actually growing at 17 percent. As against the global growth rate of 1 percent, India is actually growing at 6 percent. The market size in India is about ` 14,000 Crore, of which about ` 4000 Crore is Consumer Publishing and about ` 9000 Crore is actually Education. ÔÇØ – Smita Jha, LeaderEntertainment & Media Practice, PwC India

The Indian book market The Indian publishing industry is growing at an impressive pace and India is one of the few (if at all any) major markets in the world which is still seeing growth in both print and digital publishing. The highly fragmented and competitive nature of the market is further made erratic because of the fact that it does not have industry recognition from the government.

Financial reporting is also not mandatory for cottage industries and such is the treatment given to publishing that the net worth estimates are the most realistic estimations of the collated data. The Federation of Indian Publishers claims that there are approx. 19,000 publishing houses in India out of which 12,400 are using the ISBN system and are publishing approximately 90000 titles per year. Out of these, 50% titles are in Hindi and English, while the remaining are in any of the 24 officially recognised regional languages of India.

The value of the Indian publishing industry in 2012 was estimated at USD 2 Billion 3 with an overall growth rate of around 15% as per conservative estimates. Of these, 30% output by value is from trade books and about 70% of books published in India are educational. The K-12 segment is registering more than 12% growth in print and printed textbook volumes are pegged at ca. 2 billion textbooks per annum. A nationwide survey conducted by the National Book Trust of India, the government body for book promotion, in 2010 revealed that one-fourth of the youth population, a staggering figure of 3 http://www.businessworld.in/businesswor ld/businessworld/content/PrintingRevolution.html 83 million, identify themselves as book readers.

Since the year 2000, 100% FDI is allowed in this sector, which has led to the entry and establishment of most of the multinational players like Harper Collins, Penguin Random House, Hachette, Simon & Schuster etc. Indigenous enterprises are mostly family owned businesses. Due to the fact that they have been passed on from one generation to the next, there is still a certain lacuna in terms of corporatisation. The Indian market offers great potential for the European economic market. India ranks second after China as one of the worldÔÇÖs most attractive investment destinations. IndiaÔÇÖs potential lies in its excellently trained workforce, its young population and a relatively stable government, along with above-average profit margins for foreign firms. Given its strength in terms of its youth population, India not only has a high potential in the area of education, but also enormous purchasing power. Germany has an excellent reputation already in the fields of education, science and technology. German continues to be one of the most learnt languages and enjoys great popularity around the country. More than half of the total titles published in India are in Hindi and English, with Hindi constituting about 26%, followed by English at 24%.4 India ranks third, behind the USA and the UK in the publication of English-language books.

AuthorCraft can now print and distribute members books in India through Sansrack. Ask for more information!