Thursday ┬áApril 16th 6.30 for 7pm at the Institute of Directors

Adrian Gilbert describes himself on Twitter as ‘ the author of a number of best-selling books in the genre of ancient mysteries and alternative history. He also likes puffed wheat.’┬á Well, he is certainly a ‘cereal’ success having has a string of best sellers. ┬áAmong many other books, he is the author of the ‘Secrets of the Stone of Destiny’ about the 2012 Mayan Year of Destiny, which investigates the whole story of the Stone of Destiny, examining legends, known history, and mysterious prophecies. 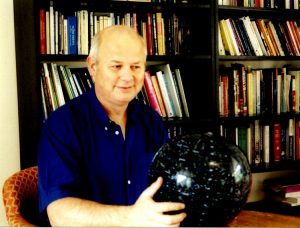 Adrian was born in Beckenham, Kent and read Chemistry at the University of Kent at Canterbury. Whilst at university he took up yoga and had several mystical experiences that changed the course of his life. He is mainly known for his books The Orion Mystery, which was co-authored by Robert Bauval in 1994, and The Mayan Prophecies, which was co-authored with Maurice Cotterell in 1995. Both these books were Sunday Times Top-Ten best-sellers. To date his books have been translated into some twenty languages, including German, French, Dutch, Spanish, Russian, Greek, Turkish, Chinese, Korean and Japanese.

” I am also someone who cares very much about the truth.” says Adrian ” You see we all have opinions and theories about ancient mysteries and that is fine. However the scientist in me (Saturn rising) demands that before I present a, possibly controversial, theory I must first get my facts straight. I like to visit the places I write about, read as much as possible about the subject and then present what I hope will be useful new insights. Of course I am not the Pope so I am not infallible; but I do try to get my facts straight even though this can make writing more difficult and tedious than if I told lies, pretending that these had been ‘channeled’ to me by some mysterious entity.

That is not to say I do not believe in the divine. I certainly do. I have had many mysterious and even miraculous experiences on my journey. Some of these I recount in my books though there is much more that I have yet to tell. I am absolutely convinced that this world is far more mysterious and interesting than contemporary culture credits. I also ‘know’ that humans are not just biological machines that live, die and leave progeny. We are spirits who temporarily inhabit bodies for the purpose of experience and also to carry out necessary tasks in the material world. Individually and collectively we are evolving but this is not a matter of blind chance. We are where we are because of the interaction between mind and matter within the zone of time and space. Yet in our innermost self we are sparks of divinity that are neither born nor die. I learnt this when I was 21 and practising yoga. If you don’t believe me, then I am sorry. You will have to follow the path yourself if you want proof.

Talking of the path or ‘Way’, this is a mystical concept of great antiquity. As I said at the beginning of this piece, I have been consciously following my path for over 40 years. I dare say you have been following yours for a long time as well. This journey, from slothful ignorance to a proper understanding of one’s place in the world and universe, is what is described so eloquently by John Bunyan in his classic work ‘The Pilgrim’s Progress’.

Now I can’t claim to be Bunyan’s equal in quality of prose but for most of my books I have made use of the idea of the Pilgrim following the Way. They generally follow a schematic of beginning in a state of relative ignorance, going on a journey and through this finding the answers to questions that are posed at the beginning. This is particularly true of my book ‘Magi’, which is the first that I am now placing in kindle format. This is actually my all time favourite book to date in that it traces some very important steps on my own journey: questing for the truth concerning the Gospel story of the three wise men. However, before you dismiss this subject as boring, I should like to add that it is not really the wise men themselves that interest me. It is the cultural background from which they sprang and what this tells us both about the real origins and purpose of Christianity that interests me.

To this end I literally leave no stone unturned. My journey takes me to Eastern Turkey where even today there are remnants of old temples and other monuments that speak of a tradition all but forgotten in the west. My journey involves a wide pageant of history and a fitting together of clues that, bit by bit like a jig-saw puzzle, gradually reveal the picture of an esoteric, mystical version of Christianity that is quite different from whatg is taught in our ‘high street’churches. What I would regard as the real mystic tradition is quite literally linked to the stars.

Some people will, of course, condemn my work as heresy. To them I would reply: where, other than hearsay is your evidence? Are you aware, for example, that the 6th of January was not originally the feast of the Three Wise Men going to Belthlehem or even ‘Old Christmas’? It was the date celebrated as the Baptism of Jesus in the Jordan River and this event had a cosmic meaning that was echoed in the stars. On that day (6th January 26 AD) the sun was placed in the constellation of Capricorn (the goat) underneath the ‘baptising’ hand of Aquarius (signifying John the Baptist). The esoteric message is clear to those with the eyes to see it: Jesus begins his mission by acting as a ‘scape goat’ who takes on the sins of the world. This is in accordance with the Mosaic tradition [Lev.16:20]. The scapegoat has the task of taking the sins of the nation back to ‘Azaziel’, the leader of the Nephilim or ‘Fallen Angels’. If you read the story of the Baptism in the light of this passage, it becomes understandable how Jesus goes immediately into the desert to be tempted by the Devil, who we can understand as being the same entity as Azaziel.

This is just one event in the life of Jesus that is written in the stars. There is much more. Magi is not a book that is intended to be read once and then discarded. It contains a great deal of material that explains much that has been forgotten about the connections between Christianity, the star-religions of the East and our own destinies. If you read it without prejudice and are willing to make the effort to see what it is really driving at, it will reward you a hundredfold.
Magi is only one of my books though. To date I have written 13 (not all of which are currently in print) and I have plans to add to this number. I personally am very excited by the new ebook technology. I intend to put more of my existing books into kindle format and even, in due course, to write other books that will only be available in this medium.

I see the breaking down of the walls between writer and reader as a great benefit and I welcome the chance here to share with you my thoughts. I hope you enjoy my work and that you find it a help when following your own paths, wherever these may take you. For as a great man once told me, we each have our own destiny in this world and you will only ever feel truly satisfied if you fulfil yours.”